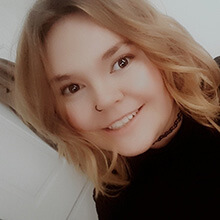 While we would normally say ‘another year, another IBC’, this year was different, as IBC was returning for the first time in three years, thanks to a COVID-induced break. Much was the same – certainly the broadcasters, bitterballen and boats – although the carnage at Schiphol Airport was a first for many IBC veterans. Barcelona anyone?

So, what was new and noteworthy from our vendors?

IBC is always a great opportunity for the Holdan posse to see first-hand what’s new from our vendors.

BirdDog announced a new P240 PTZ camera, built around an updated Sony Exmor R broadcast sensor for better light sensitivity. It’s got NDI®, SDI and HDMI outputs and balanced XLR audio too. Priced at £2,579/€2,939, the introduction of this new PTZ had the nice knock-on effect of a price drop on the P200 to just £1,979/€2,289, available while stocks last.

Also on show was BirdDog Cloud 3.0, the next generation of BirdDog’s globally connected advanced media platform. It’s had a complete overhaul - many visitors to the BirdDog booth were commenting on the awesome new user interface – and it has many new features, including SDI ingest and support for network bonding.

ATOMOS showed their three new CONNECT products and their integration with Atomos Cloud Studio. New announcements include Camera-to-Cloud support for ZATO CONNECT by the end of the year, making it a superb addition to pretty much any camera. Head of Product Management Paul Scurrell described ZATO CONNECT as “the gateway to streaming, without the need for a computer”.

The Melbourne-based company was also the proud recipient of the IBC Award for Stand Design Innovation, which recognised the stand’s extensive use of back-lit recyclable materials and lightweight reusable aluminium frames. It looked rather nice too!

Lumens showcased a raft of new PTZ cameras, including the impressively featured VC-A71P-HN. It’s a 4K camera with a whole slew of broadcast features. Supporting both Rec.709 and BT.2020 colour spaces, it’s got SRT, full NDI and NDI|HX3 as standard, 12G-SDI, HDMI 2.0, Ethernet and USB 3.0, all with a 5-year warranty. We expect to see it shipping towards the end of October.

Remote Integration (REMI) was the main theme for Datavideo, who demonstrated their DV Cloud ecosystem working alongside a host of hardware devices, including the new iCAST 10NDI 5-channel all-in-one streaming switcher and the ShowCast 100 4K touchscreen streaming studio. Also on show was the new TP-900 teleprompter, which has been designed specifically for use with PTZ cameras.

Samyang, exhibiting under the XEEN brand name, previewed a family of 5 XEEN Meister lenses, scheduled for release over the next 12 months, as well as the brand-new V-AF lens family, an exciting new line-up of full-frame cinema AF lenses aimed squarely at filmmakers on a budget.

Lightweight, uniformly sized and colour matched, the lenses also feature other innovations, such as a tally light for vloggers and YouTube presenters. Intriguingly there are also contacts visible on the front of the lenses, suggesting more is still to come from the Samyang designers.

On the XEEN booth, we also got chance to catch up with the guys from CREW10. They recently made a stunning short film about Ninja Warrior Jolina Thormann.

The brand new AEOS and NEO lighting kits were the main attraction on Rotolight’s stand. They are the world’s first touchscreen lights, making them very easy to operate and adjust. IBC was the first public showing of the Rotolight iOS app, which digitally replicates the interface from the back of the light, and a brand-new accessory for the AEOS, an electronic ‘smart’ softbox. With the latter it’s possible to digitally control the diffusion level by up to 2 stops.

What new vendors can we expect to see added to the Holdan portfolio?

This year we were delighted to be able to shake hands on some great new distribution opportunities for Holdan.

First, we inked a deal with Mark Roberts Motion Control (MRMC) to represent them in the UK and Europe. We’ll be focusing on automation and subject tracking as the perfect companion to many of the PTZ brands that we carry.

Polymotion Chat uses limb and face detection to track subject movement and provide stable and incredibly natural-looking content. We’ll have access to Pro (software-only, up to 3 PTZs) and Studio, which supports up to 6 PTZs and is supplied with a server.

We also have an agreement in principle with Cartoni. The prestigious Italian tripod manufacturer has developed an entire line of PTZ support solutions designed specifically for the growing use of PTZ cameras in broadcast, e-sports, and studio environments. 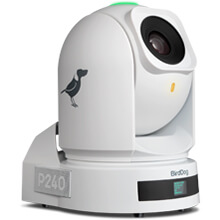 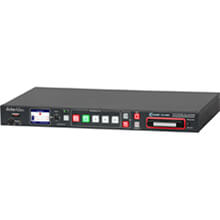 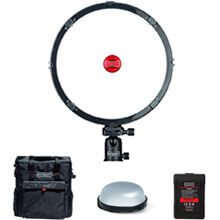