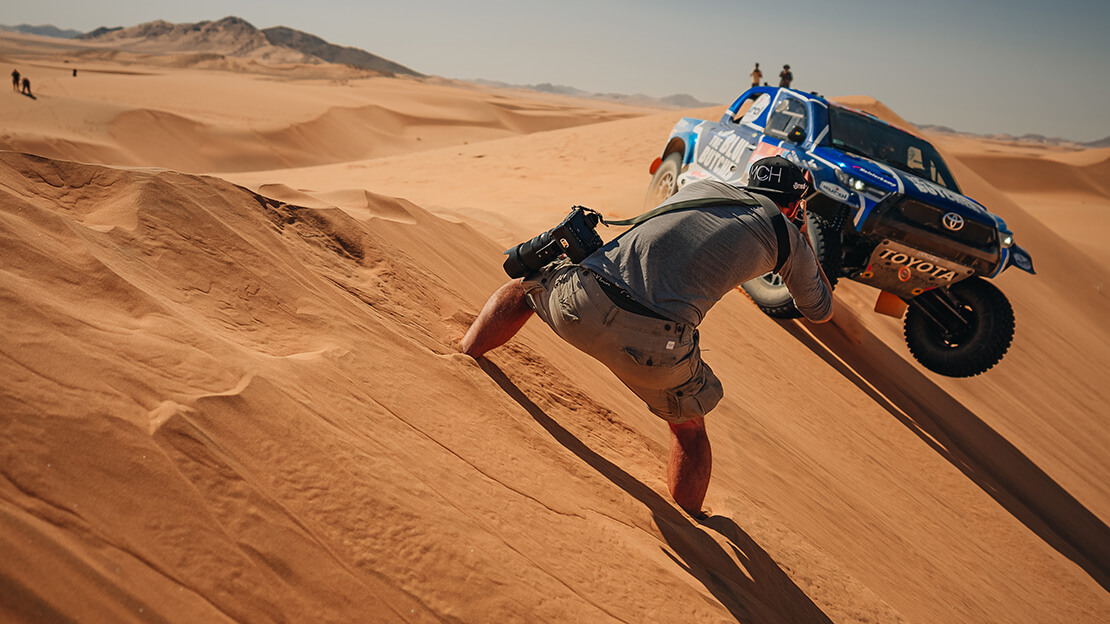 What is the Dakar Rally?

Since its inauguration in 1978 the Dakar Rally has attracted over 500 brave adventurers from more than 60 countries. They have brought their finest teams, bikes, cars and technology for this 15-day off-road endurance event, which is considered one of the most extreme sporting challenges of our era.

The competition is separated into 12 stages from Jeddah, through Hali, Riyadh and then back to Jeddah, totalling around 8,000 km.

It is not called the toughest race in the world for no reason, and it does not matter if you are a competitor or a photographer, said Marian. It is just extremely demanding, both physically and mentally. Lack of sleep is probably the biggest challenge for me. Throughout the event we sleep on average around 4 hours a day. 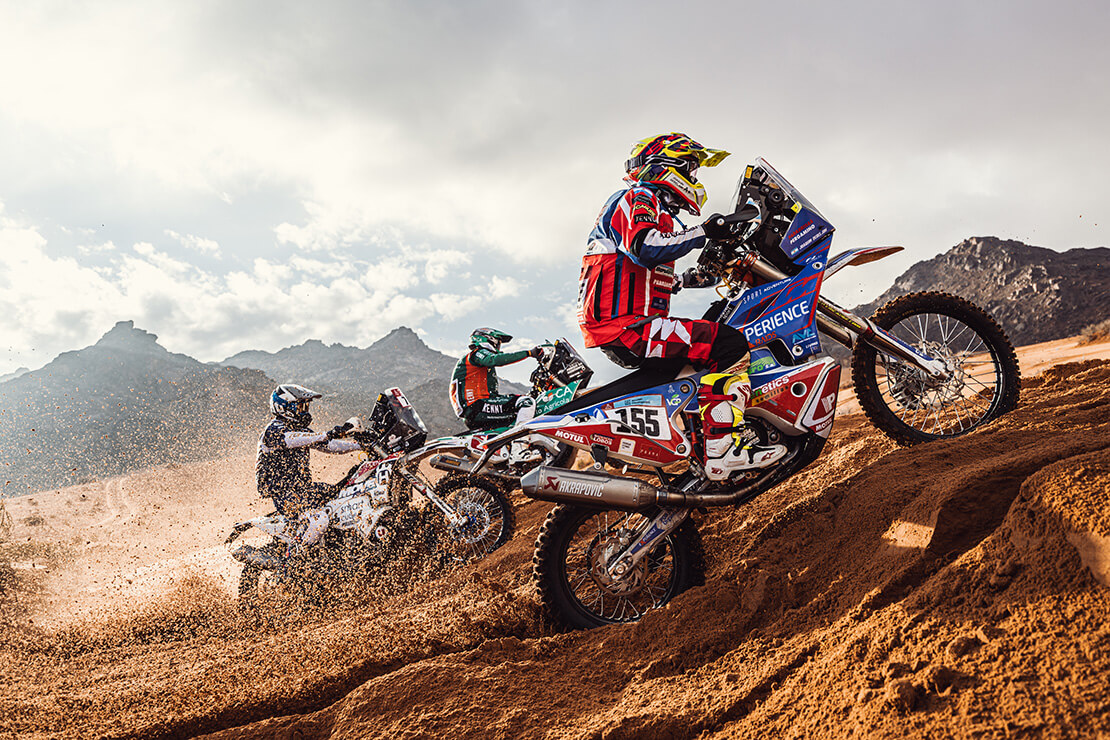 Thanks to Nikon’s support this year, Marian and his team were able to procure the latest Z9 camera just two days before they headed to Saudi Arabia.

Having good equipment is a must in sports photography, added Marian. 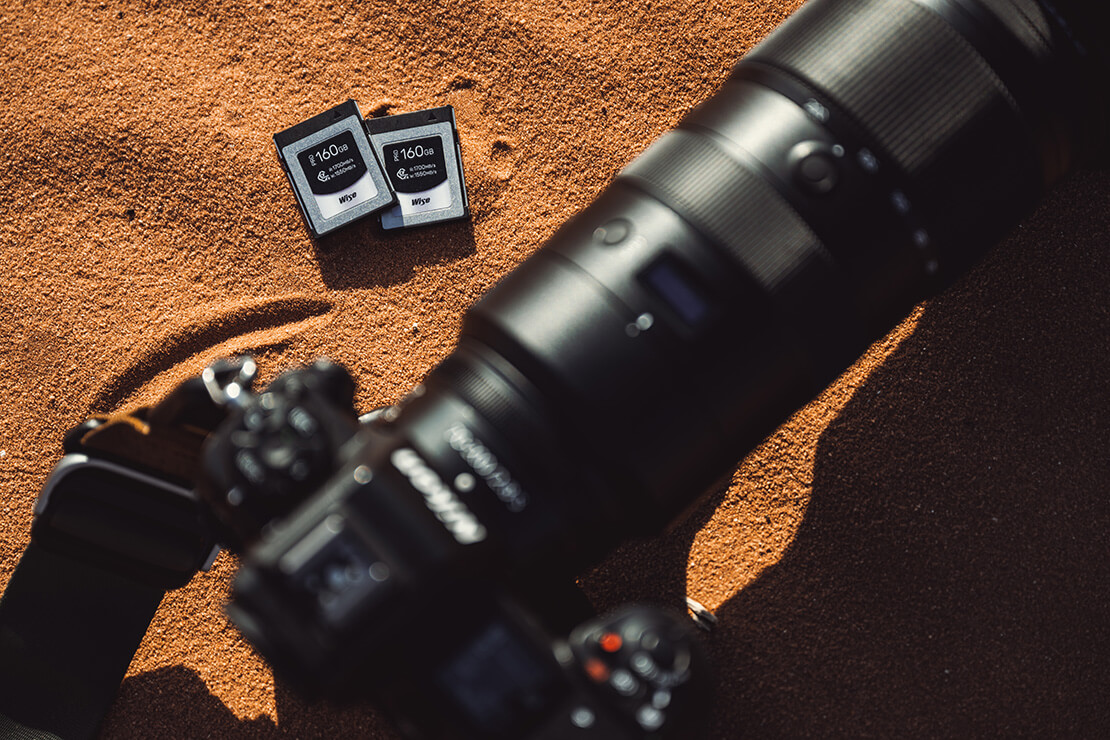 Marian had a great camera set up but needed a super-fast card to make his work easier. He only shoots in RAW, to achieve the highest quality possible, so that’s a 50MB file for each photo and he’s shooting between 6,000 and 8,000 photos a day! Hence, the Wise CFexpress Type B cards were essential.

Efficiency has never been so important as each team is challenged by how long they can stay behind the wheel.

Every single minute you save is a minute you can sleep! And any time over 4 hours is a welcome bonus! Marian said, laughing. We try to make everything go as fast as possible. From shooting to downloading to editing to sending the photos out. 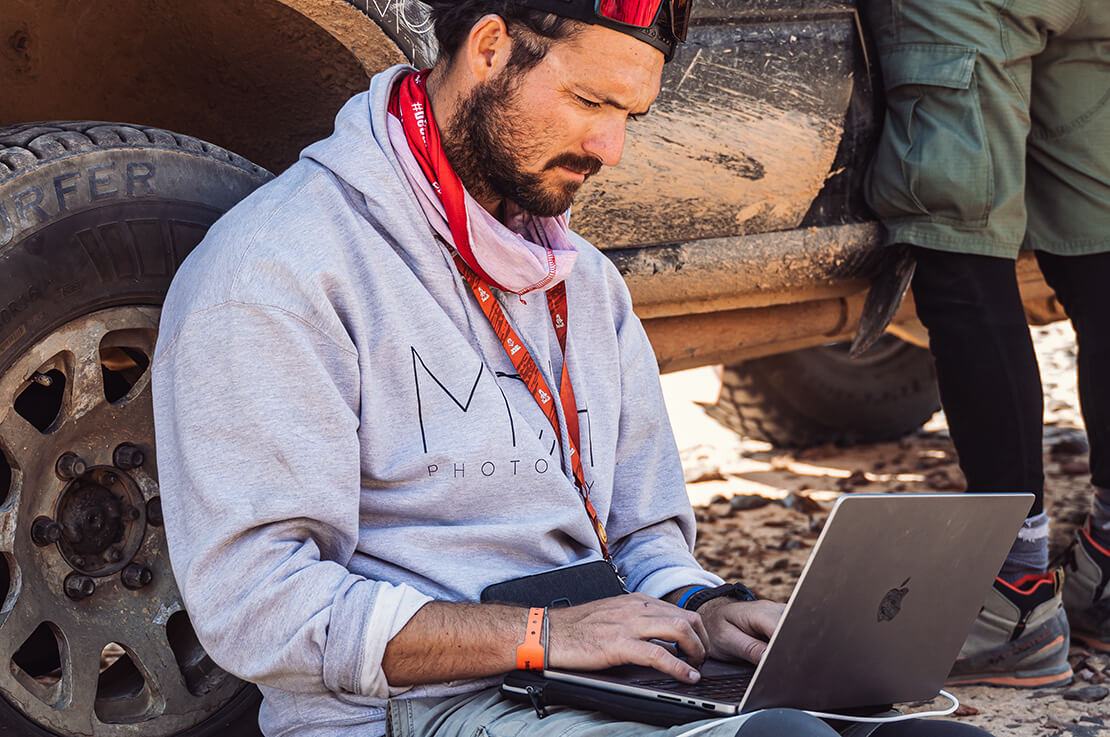 In previous years Marian’s team would wait up to 20 minutes to copy everything and only then could they start to work. Even though they were handling more data this year – with the Wise cards, the reader and also the new MacBook Pro, the whole process was much faster, saving them 20-30 minutes each day. 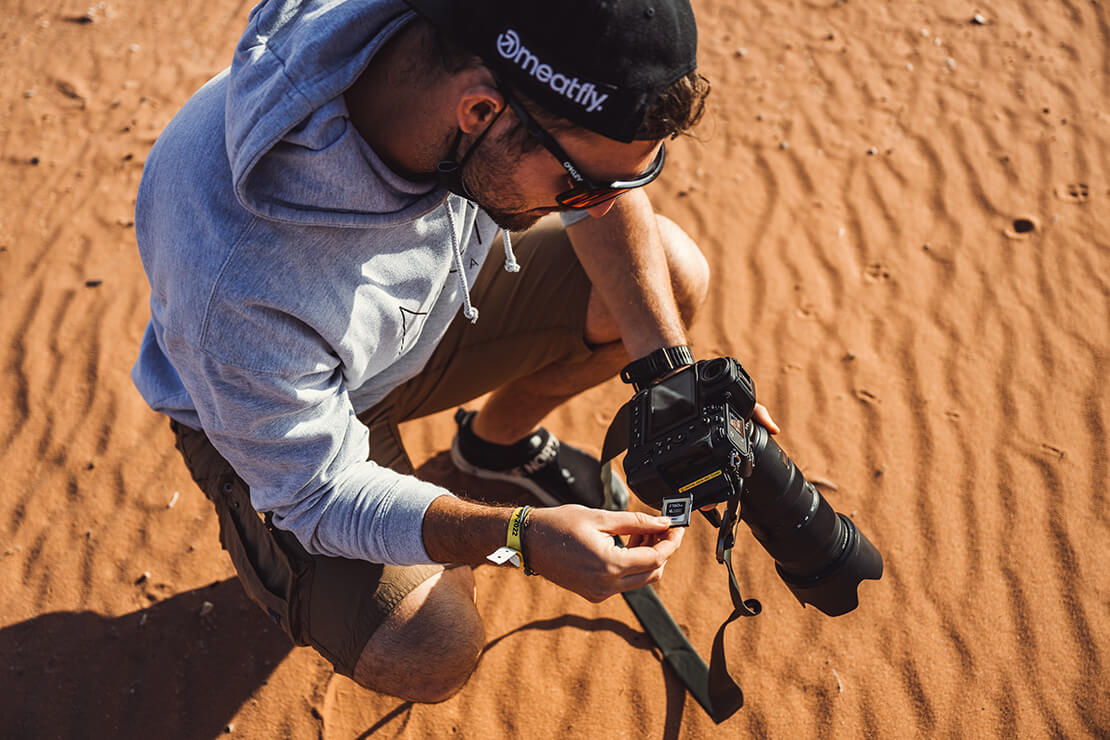 Marian will for certain be back for more next year.

The Dakar Rally is more of a natural development than anything that I would have chosen. It is the most difficult, most exciting, and most important event of the year in my life. 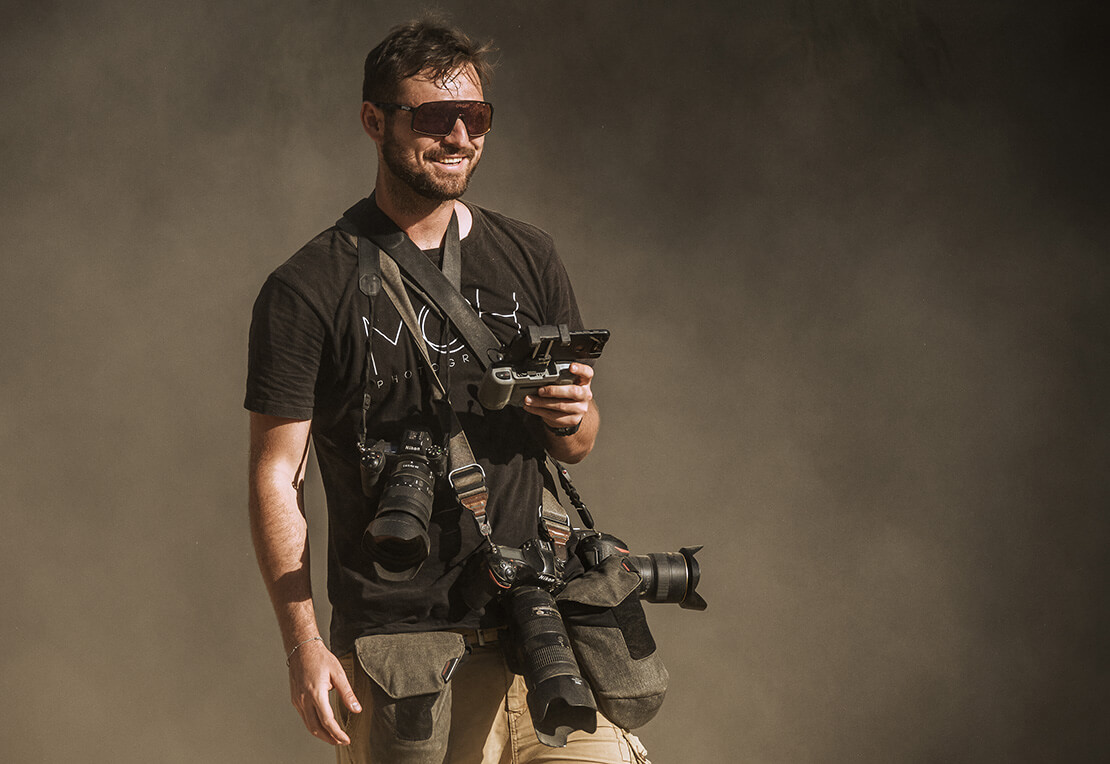 Marian Chytka is a 32-year-old commercial motorsport photographer from the Czech Republic. He founded the MCH Photography agency and leads a passionate team to multiple iconic events like the Dakar Rally, MotoGP, F1, WRC, Le Mans 24 Hours, etc. In these competitions, he is especially obsessed with the Dakar which he has attended 11 times.