A guide to rigging RED cameras

RED Digital Cinema’s DSMC2 architecture has been one of the company’s most enduring camera systems.

The design offers superb modularity, with the entire camera system built around a ‘Brain’, RED’s terminology for the camera module, housing the sensor, ASIC (Application Specific Integrated Circuit) for image processing, Mini-Mag slots for media, and I/O connectors for accessories.

This approach offers a real advantage when building your shooting kit, as the same Brain can be configured for lightweight handheld or tracking applications, or fully rigged as a studio camera.

As the accessory I/O’s have remained the same since 2015, everything listed below will work, whether you’re shooting on a Weapon 8K/6K from 2015, or a more modern Dragon-X, Gemini, Helium, or the flagship Monstro 8K.*

The Teradek Bolt DSMC2 is a wireless video module that attaches seamlessly to RED DSMC2® cameras. Featuring the same zero-delay wireless technology of the renowned Bolt XT line, Bolt DSMC2 is the best option to keep camera clutter and weight off your rig while providing pristine, real-time wireless monitoring.

Not specifically designed for the RED DSMC2 line, but nonetheless perfect for it. Although the video output of the DSMC2 Brain is restricted to 1080p, the Bolt 4K offers a real advantage in higher bandwidth 4:2:2 10 bit transmission, as well as faster reconnect times, and rock solid reliability. With the forthcoming Komodo 6K featuring 4K over 12G-SDI, the Bolt 4K also offers a great future proofing.

DSMC2 Brains feature little in the way of physical control, relying on the capacitive touchscreen to access primary and secondary controls. The Teradek RT ACI changes that. With an interface that provides tactile hardware controls, for those environments or productions where the touchscreen would be a challenge.

The MDR-ACI takes this a step further. Incorporating the Teradek RT 2.4GHz FHSS (frequency hopping spread spectrum) module, and a Motor Driver Receiver for Teradek RT lens motors. The radio module allows camera and lens control up to 5000ft away, when paired with Teradek RTs controllers (CTRL.1/CTRL.3) or another MDR-ACI.

The gold (RED?) standard in wireless lens control. The CTRL.3 Deluxe Kit includes everything you need to be fully equipped for your next production. It includes a MDR.X receiver, up to three MOTR.X motors and a CTRL.3 with lens mapping and lens data overlays on SmallHD monitors. Also includes pre-marked focus/iris rings in both Imperial & Metric units.

What good is an image if you can’t see it? The Cine 7 offers a bright, 1800 nit, colour accurate wide-gamut display, and optional cinema camera control or integrated Teradek RT and Bolt functionality*

The sheer flexibility of the DSMC2 system is part of its appeal. At the same time consideration is needed to make the system ergonomic and production ready. Wooden Camera remove the guesswork from this with their pre-designed kits. Whether you want light and nimble, or a studio behemoth, Wooden has you covered.

A camera without power is just a brick, and a camera with insufficient power is a workflow nightmare. Power your Brain with the best battery in the business, the Core SWX NEO 98. Available in V-Lock or Gold Mount fitting, the NEO 98 is a tough but small pack, capable of delivering up to 16amps of power. Built in intelligence outputs battery data on the built in LCD, as well as complete diagnostic information when kitted with Core SWX’s Voltbridge Range of chargers.

Battery swaps can be a tense moment, waiting for the camera to reboot, wireless links to re-pair, and lens controls to recalibrate. Avoid the anxiety with the Jetpack EVO, an uninterrupted power supply for your camera. The built in 29w/h cell provides continuous power to the camera, and connected accessories, while you swap over the battery. Two D-Tap connectors are built into the unit as standard, and additional power outs are available as optional modules. Available as a direct connect for your DSMC2 Brain, or V-Lock/Gold mount male to V-Lock/Gold mount female for maximum versatility.

Lounging with Holdan at MPTS 2022 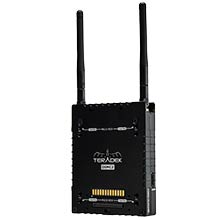 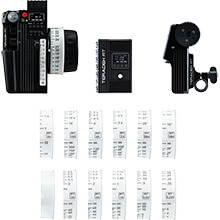