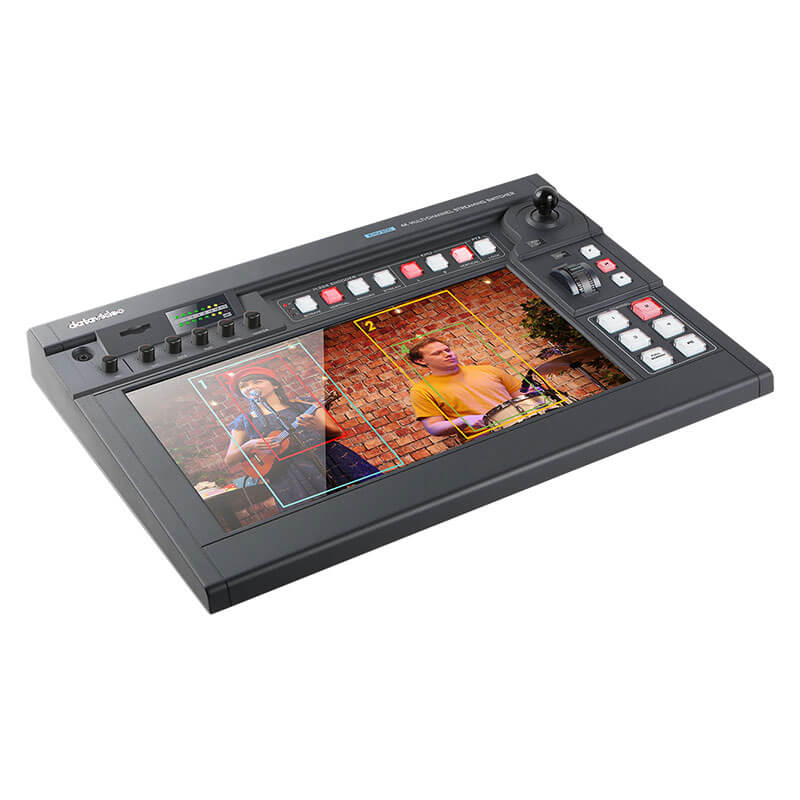 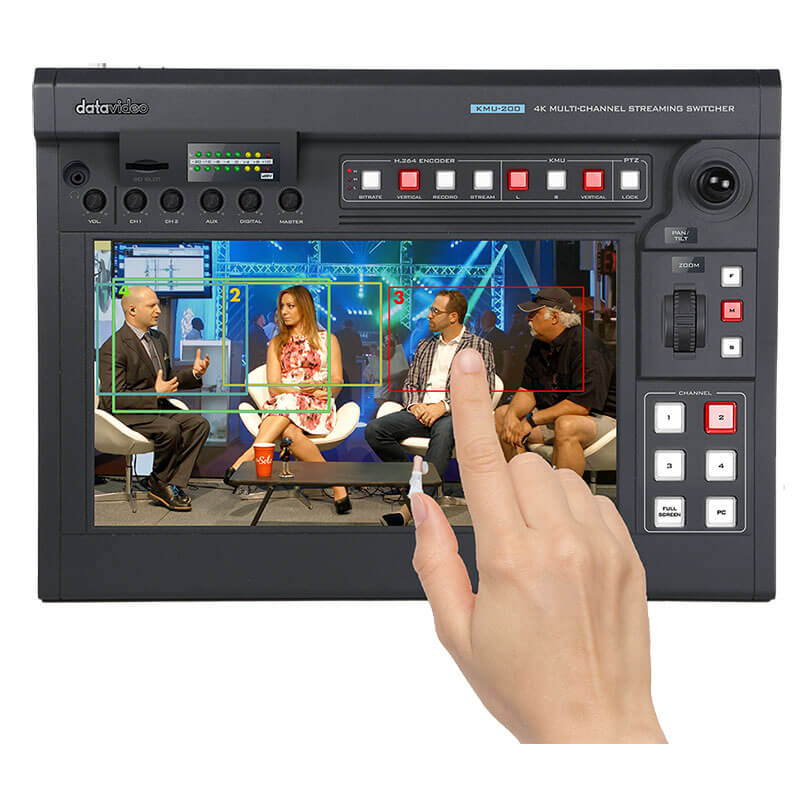 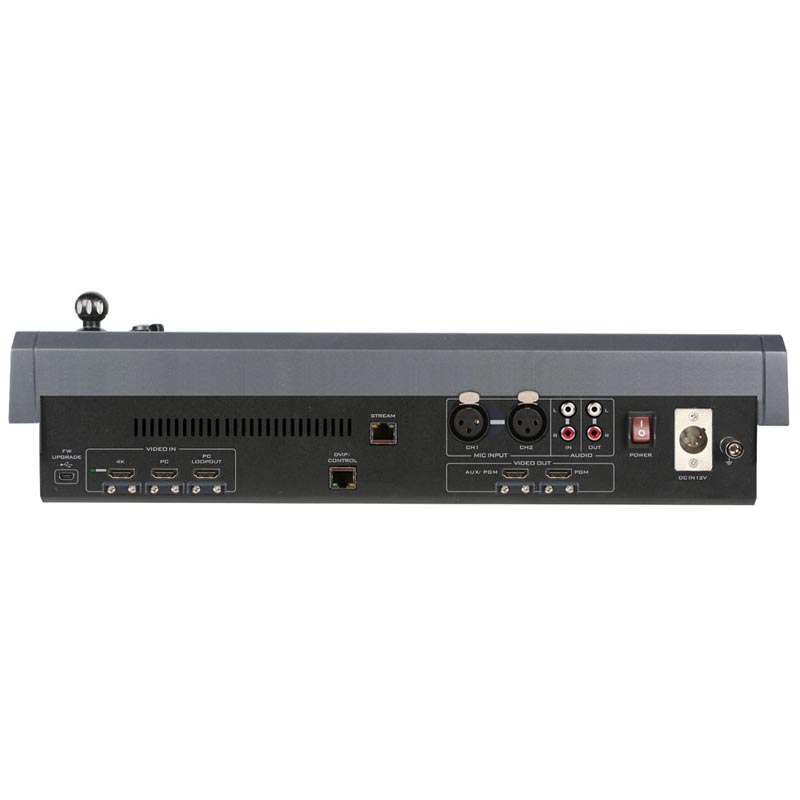 New Design with Horizontal and Vertical Video Streaming and Recording

The KMU-200 is a Multicamera Production from a single 4K Source which brings switching, audio mixing, recording and streaming into a portable all in one device.

The input of a single 4K/UHD camera is connected to KMU-200, which then displays up to four user-defined cropped windows that are sent out as four separate HD signals The KMU-200 is perfect for interview applications with small panels or smaller houses of worship.

Touch Screen operation for simplified tasks and tactile buttons are provided for switching. The 14-inch touch screen allows control over the live content. The joystick and backlit buttons allow for more traditional control over the KMU-200’s screen selections.

Additional HDMI Input with Loop Out

The additional HDMI input allows the option to show an additional camera angle or to connect a computer's display-output to the KMU-200 for presentation software. The HDMI loop out allows for production directors to have direct monitoring of the presentation input.

The built-in H.264 streaming encoder can instantly stream live to your chosen CDN in in traditional 16x9 format or 9x16 portrait mode.

Turn One Camera into Four with the KMU-200

The popularity and demand for live streaming has increased massively over the past 18 months. For some, it might be a simple single camera setup going straight to YouTube or Facebook, while for others it’s a multi-camera production, feeding into a video mixer with graphics and overlays, streaming to multiple platforms.

Holdan 2021 | The Evolution of video throughout the pandemic

March 2020 and as lockdown started it was all about getting better and better web cams. We saw how awful the Zoom interviews on the news looked, all blocky backlit shadows and up-nose shots. A simple LED panel light would make a huge difference, and these flew out of the warehouse. The LEDGO LG-E268C has been on my desk ever since, on a tiny light stand which cost me £5.

This year Datavideo are not only celebrating their 35th birthday but also their 35th year producing equipment for live events and AV productions. Part of this year’s celebrations is a competition asking their loyal customers to share a selfie of themselves with their favourite Datavideo product on Facebook or Instagram. The winner chosen each month from the posts with most likes will receive one of the following product prizes an SE-650 switcher, PTC-140 PTZ camera or DAC-70 up down cross converter.  New and key Datavideo products featured on this year’s stand will be: HS-3200 is Datavideo’s most advanced mobile studio for live events, conferences and sports with streaming and recording built in. This 12 input, completely customisable full HD studio also boasts computer graphics scaling on its HDMI and 3G SDI inputs reducing the need for external converters. With an integrated 17” monitor and 3pin XLR audio connections set up is both quick and easy. HS-3200 has a huge internal still image and video clip store, four chromakey channels as well as an eight, yes, eight picture in picture layout. Add free Windows based CG Titling software plus two downstream Keyers and you can see why it is considered the flagship of Datavideo’s current mobile switcher line up.

Here's an overview of our vendors exhibiting at ISE 2020. Please call us on +44 (0)1457 851000 if you would like to book a stand tour with one of our manufacturers. BLACKMAGIC DESIGN HALL 3, STAND C140 The Video Assist 12G 5” and 7” monitor recorders are now shipping. The original HD versions were incredibly popular with AV technicians who wanted to verify SDI and HDMI feeds and check waveform levels. For production teams, their 4K HDR capture makes them a superb on-camera SD card recorder. The ATEM Mini is a very small, cost-effective 4 channel HDMI video switcher with streaming output. Great as a portable mixer or a signal switcher, it’s being adopted by everyone from conference producers to AV technicians looking for simple HDMI switching.

Datavideo's DAC-75T is designed to convert video signals from VGA, HDMI, SDI to HDMI or SDI. With touchscreen control, it's a great ally for venues, conference teams and AV rental teams that need to be ready for whatever the presenter needs to project.  DAC-75T makes childplay of connecting your source to a screen or projector. The DAC-75T does upscaling, downscaling and standards conversion for any HDMI, VGA or SDI device to any HDMI or SDI screen or projector. RCA inputs allow audio to be embedded to the output of the video signal for recording purposes. 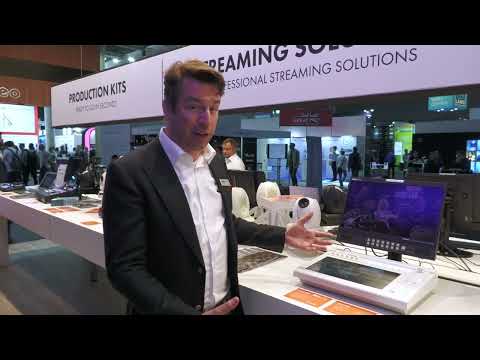 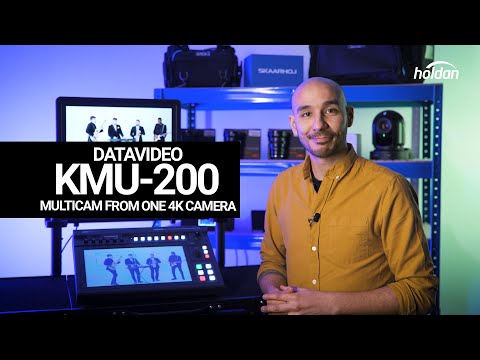 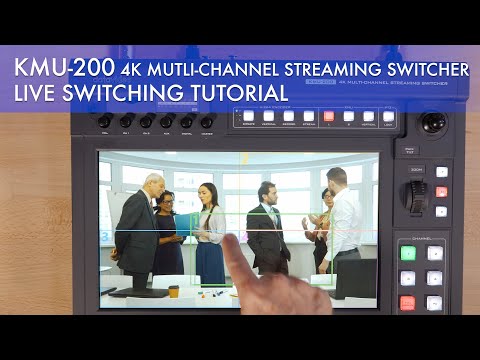 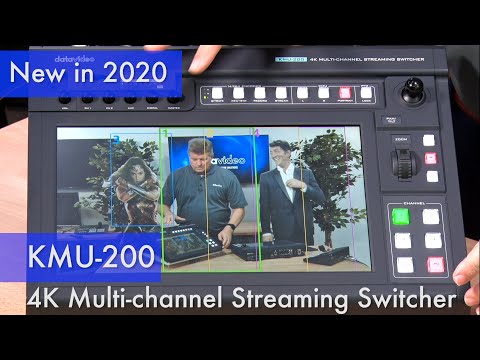