New and radically different approach to public communication helps PM get the message over during coronavirus pandemic. 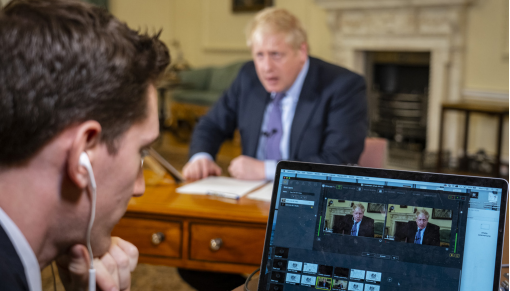 10 Downing Street, also known colloquially in the United Kingdom simply as Number 10, is (along with the adjoining Cabinet Office at 70 Whitehall) the headquarters of the Government of the United Kingdom and the official residence and office of the First Lord of the Treasury, a post which, for much of the 18th and 19th centuries and invariably since 1905, has been held by the Prime Minister of the United Kingdom.

Boris Johnson assumed the office of Prime Minister on 24th July 2019. He is a strong supporter of adopting new technologies to assist his team’s day-today operations wherever proven to be appropriate.

The Number 10 team identified the need to connect with the nation through all means, including social media and the wider broadcast media. Live video streaming provides a means for the PM to connect with his country in a new and radically different way. After extensive research and evaluation, an initial requirement was identified to stream a policy announcement as well as providing Brexit updates. This led to the live streaming of the Prime Minister’s “People’s PMQs” to Facebook.

The system solution was required to support the Prime Minister’s Press Team. It needed to be easy to use & intuitive.

Another requirement was for a mobile workflow to be able to stream at very short notice from any location in Downing Street. In addition, the press team required an ability to add Number 10 branding and graphics including to play video clips.

The Number 10 team started live streaming over Telestream Wirecast Pro in late 2019. However, with the onset of the Coronavirus pandemic in early 2020, the requirement for effective and efficient full motion video communications became critical.

Initially, there presented a need to stream the “Prime Minister’s Coronavirus Daily Updates” to the British public. Since then, Wirecast is being used on a daily basis.

The Number 10 team has purchased a second Wirecast Pro software license to support remote working. The two Wirecast Pro licenses are being run on a MacBook Pro & iMac. Also, this provides the ability to stream to more destinations to help reach out to the British general public. 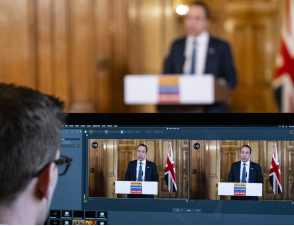 At No.10 Downing Street, we were given the task to produce high quality, professional livestreams that can deliver effective yet simple messages to the public, which also gives best value for the tax-payer,

We began with basic announcements, to then Q&As and now we run daily virtual press briefings during the time of international pandemic. Our initial need was basic but as time has gone on, we have come up with new ideas how to expand our streams knowing that Wirecast can cater for our ambitions without having to look elsewhere.

We’re proud to be one of the first governments in the world to bring these live broadcasts in-house, leading the way in digital innovation and we couldn’t have done it without Wirecast, Robert Midgley concluded.

[THIS STORY IS NOT FOR PRESS USE]

Lounging with Holdan at MPTS 2022