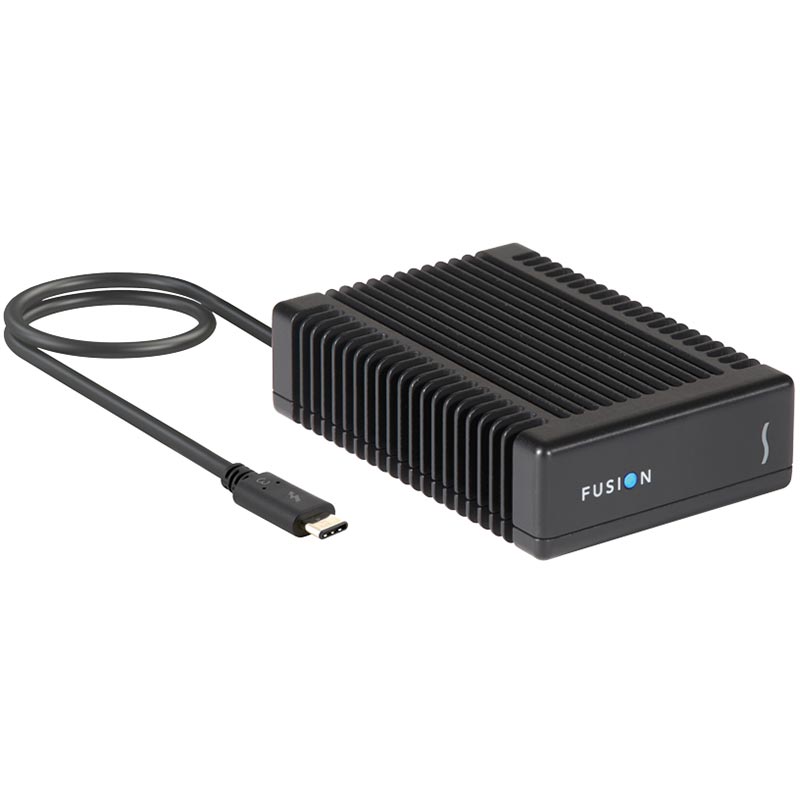 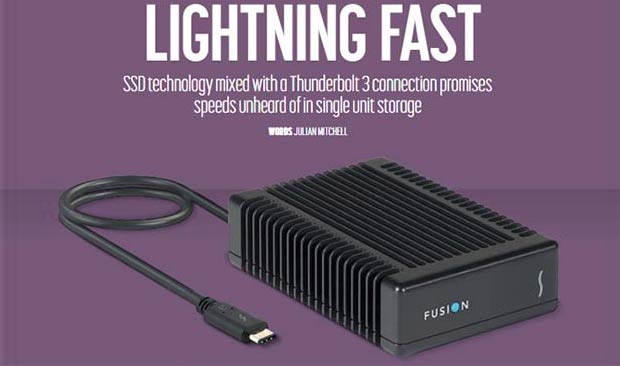 Cinelab... found almost instantly that 16-bit 4K DPX files were flying through and they were rendering programming at the unheard of speed of 100 frames per second... For Cinelab, a drive like the Sonnet Fusion would sit on the end of the iMac Pro and deal with any type of rendering project or transfer without moving files from the drive including output to all edit file formats and final DI conforms from selective take scanning.Review by Definition Magazine
See full article

4K Video Workflow Support - In the Palm of Your Hand4K Display

Sonnet's Fusion Thunderbolt 3 PCIe Flash Drive leverages the latest advancements in solid state storage and Thunderbolt 3 technology to create a device that delivers performance unimaginable a short time ago, yet fits neatly in the palm of your hand. It is especially well suited to serve as an ultra-fast portable scratch drive for editing raw 4K video at higher frame rates, or even performing IT duties like installing applications and operating systems. You can even employ the Fusion flash drive for instant-access media storage or as a high-performance shuttle drive.

Sonnet designed the Fusion Thunderbolt 3 PCIe Flash Drive around a Gen 3 M.2 PCIe SSD module, the fastest standard SSD type now available. It connects directly to any computer with a Thunderbolt 3 port, or at the end of a Thunderbolt 3 device daisy chain, via a captive 0.5-meter Thunderbolt 3 (40Gbps) cable.

The Fusion Thunderbolt 3 PCIe Flash Drive incorporates a PCIe Gen 3 flash controller that enables the device to outperform USB 3.0 flash drives by more than 500%, and is capable of transferring files at rates up to 2600 MB/s.(1)

Through the use of a captive cable, the Fusion Thunderbolt 3 PCIe Flash Drive's Thunderbolt cable remains firmly connected to it at all times. Should the cable ever break, it can easily be replaced by Sonnet or a Sonnet-authorized service center. 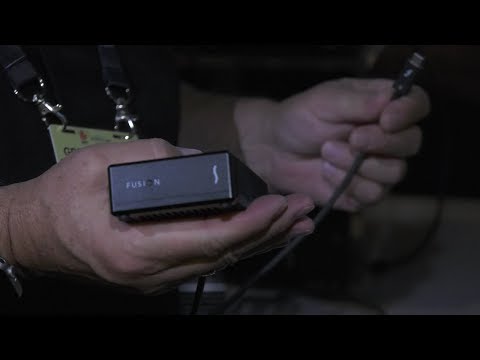